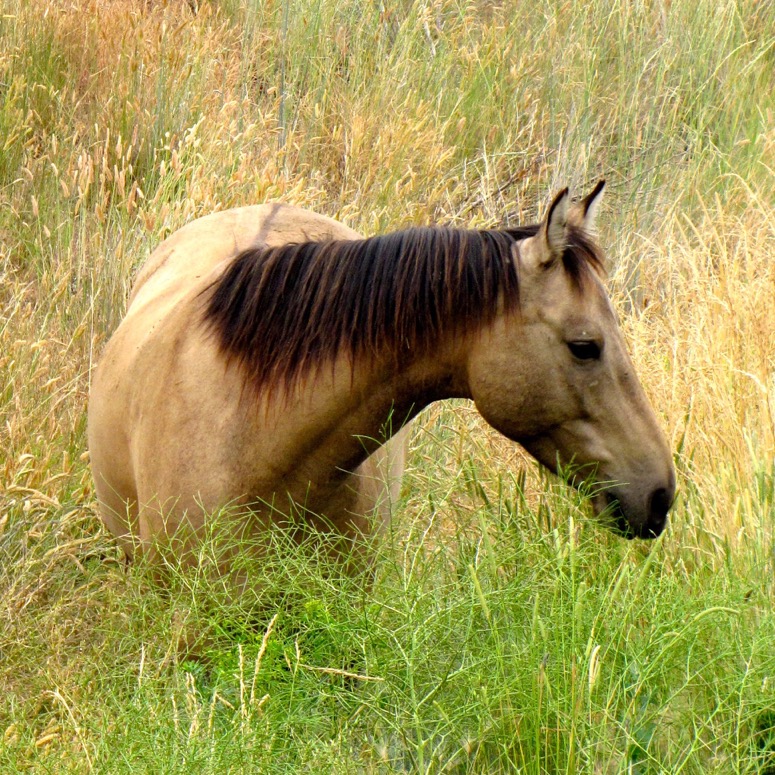 Something To Be Thankful For

For those of us in the U.S., last Thursday was Thanksgiving. The day before, my first horse as an adult, a mustang named Denny, colicked. At 15 years old, it was the fist time in his life he’s colicked. My horses and I are still in Texas, so while the colic seemed to be moving through, Denny was also pretty frantic; I couldn’t leave him. And all my colic remedies were at my brother’s house over an hour away. After a 25 minutes I decided I needed the meds. I called my brother. Now, he’s not a horse person. At all. And the round trip I was about to ask him to make would take almost 2 1/2 hours. When he took my call and heard what was happening, he told me to walk him through the process of finding the meds, and he was on his way. Denny showed improvement immediately after receiving the first homeopath. Whew!
I drove back, went to the grocery store to pick up ingredients for the things I was to make for the family Thanksgiving dinner. But everywhere I looked, there were the items, pre-made, looking amazing. Could I do this? I had just a few hours before I’d head back out. I was leaving town after dinner the next day, and so spending the night was the only way to feel secure about leaving Denny and the horses. When I got home with the prepared items, my brother said, “Well, one thing about this family; no one will blame you. We’ll go out of our way to make sure you feel okay about this year not having your specialties.” With that, I packed my sleeping bag and dogs, and headed out again.
Sleeping in the Texas countryside is…anything but peaceful. There are no buildings but for a three-walled shed there. My pasture is one of many parcels of land the owner leases to cattle or horse owners. Coyotes howled from all directions, and an owl hooted. It was amazing. It was pitch black; the sickle of a moon wouldn’t rise until almost 4am. I kept the dogs in the truck and headed out into the pasture.
As I walked, I suddenly noticed a vibration coming up from the ground. I heard the thundering of hooves. But it was so dark, I couldn’t see them. I started calling out. “Hey guys! I’m here! Don’t run me down!” Suddenly, there was Denny right in front of me, his mentee Phoenix even closer. Both stopped on a dime just a foot or two away. Behind them were the 8 other members of the herd. I could tell how honored Denny felt at my decision to come out at what was nearly midnight, and to stay. He was gentle and protective, but also excited. All such good news to me, seeing him in such high spirits. The colic was but a memory.
All night, the horses stayed by the fence nearest where I’d bedded down in the truck bed with the dogs. A couple of times in the pre-dawn hours between 3am and 5am, someone on a four-wheeler motored up and down the roads shooting a rifle. Both times I woke with a surge of adrenaline. It was so dark, and the horses were so close. The shots were for coyotes, I knew, and as I worked to breathe through the adrenaline rush, to put an energetic buffer between bullets and my truck, the horses…and while I was at it, the coyotes, I noted that the horses hadn’t run as they have before, were still as near to me as they could be, by the gate. When I spoke to them, they shuffled, nickered, scratched each others’ backs. It was palpable; we were all happy to be together, even under these conditions.
The next morning I was able to spend time with the herd, then head home to spend the morning with my visiting niece, her partner, and their son, shower, and pack for my trip. Soon I drove the other hour to my father’s place, trailing my brother after throwing things into a suitcase. By the time I got there, I had less than an hour before I had to leave again for the airport.
The thing is, I’ve spent the 20 years previous in tense family holidays, or sharing the holidays with others. This Thanksgiving was hectic, but I got to spend it with ALL my family. Even the two horses who are mine again who live in Utah, as that is where I went for a visit! I haven’t seen Toshaa and Gretje since August when I received them back from the person I’d rehomed them with. Toshaa is now fat and strong (she had lost a ton of weight–see her in this older pic with her surprise newborn who just turned 3 earlier this month!), Gretje more in shape (Gretje’s the Friesian with her nose in my hands. That picture was taken when we met).
All is well with my clan.
And that’s something to be thankful for.

10 thoughts on “Something To Be Thankful For”