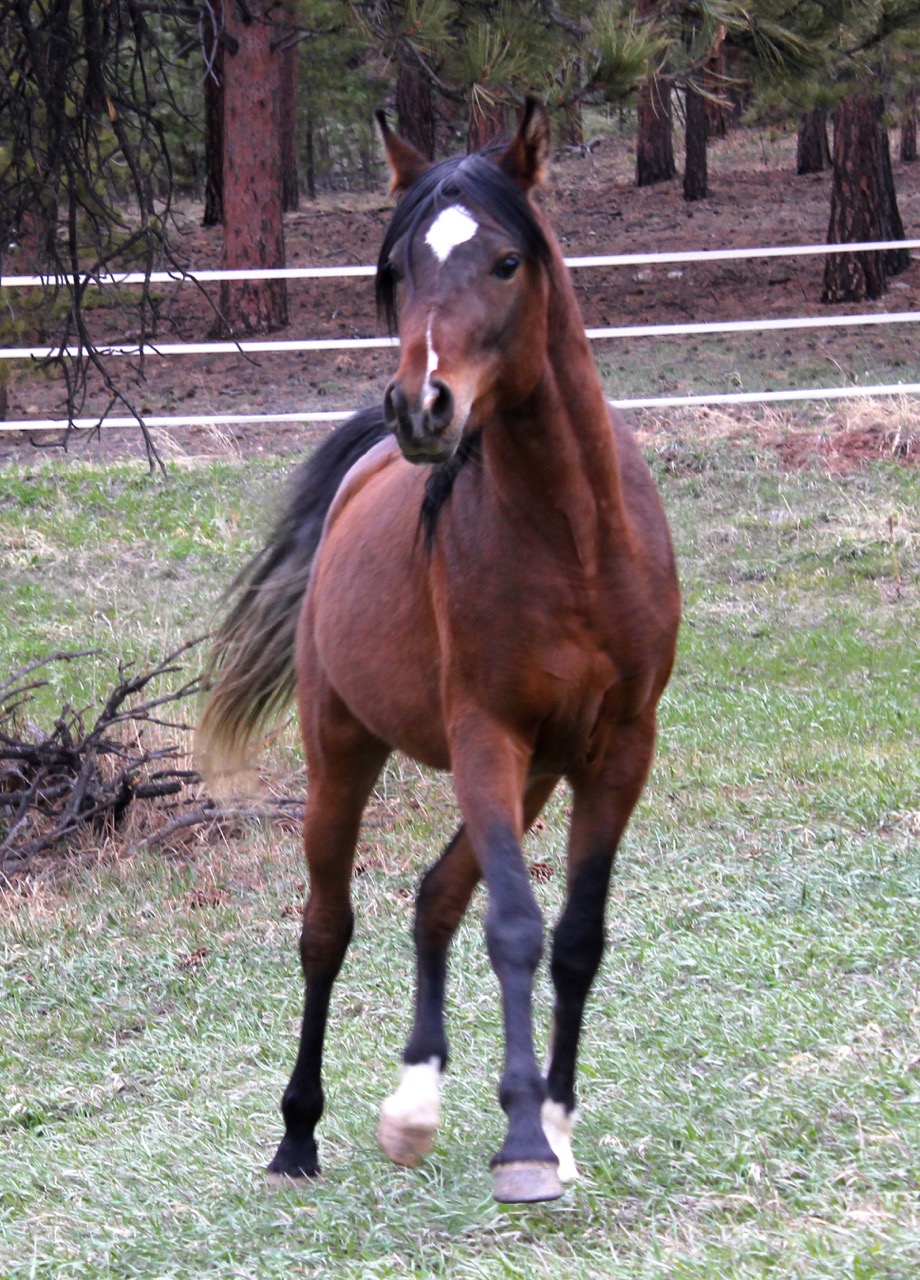 How Much We Must Let Go

Last year, I wanted help with my horse training, and I went to a local celebrated Natural Horsemanship trainer to see if there might be a match. I’ve never been an admirer of natural horsemanship, and so I was puzzled when signs led me, like cookie crumbs, to this trainer’s property. But I opened to possibility, and followed the only clear path I saw. Would he look at some of my horses to see if we might work together on this training project?

He invited me to bring a horse or two out for an evaluative training session. Phoenix, the horse I brought for him to assess, was not impressing him. Having never been exposed to negative reinforcement styles of communication, Phoenix responded to the larger charge in the trainer. He stayed with him, no matter what this man did. He just couldn’t “get it.” Phoenix is a beautiful bay with a sensitive Egyptian Arabian face–so sensitive that I never use rope halters, and he is learning to be ridden using a bridle rather than a bitless contraption, because he doesn’t like a lot of pressure on his face.

This trainer jerked and swatted Phoenix’ face with the rope halter, rope, and buckle. Trying, I knew, to back Phoenix up into a more “respectful” space. Phoenix just squeezed his eyes shut, lifted his head in the air till only his chin could be beaten with the buckle, and stood solid. I wanted to call out. I wriggled in my skin. But an inner voice said, “Wait.”

The trainer said, “He’s slow, but he’ll get it.” I stopped him before he began the process again, thanking him and agreeing that Phoenix was a pretty smart guy and would “get it” given enough time. I didn’t know what else to say. This wasn’t a therapy session, after all, and this man would never have listened to me if I conveyed Phoenix’ message. We agreed to see where we could go with this. I couldn’t imagine this would be a good match, but…I had a sense, from Phoenix’ actions and my own intuition, that our goal was not to part, and to remain on good terms.

Three weeks later, the man was hospitalized. He came out of hospital and a couple of days later, his pride and joy, his soul mate horse, colicked. I was told about this later, when the man had missed our scheduled next meeting. For a month after my calls, he was silent. Then he called and told me of his hospitalization, then his horse’s five-day battle with colic, his surgery, and final death. The man had called, he told me, to apologize for being unable to follow through on any training. But then he continued.

A flood of words and tears came. He was so broken hearted, he told me, that he wasn’t sure he could live. This, all this, was new to him. Being sad, this sad, and over a…well, something that wasn’t human. He was overwhelmed with what he’d lost. An animal. He couldn’t handle it.

I remembered Phoenix’ eyes, bright in his beautiful bay face, as he’d looked at me that day when the trainer had tried, unsuccessfully to push him away.

“He’s with you,” I told this man. He may not be human, but he does have a soul and he will not leave you. That’s why he fought the colic so hard, and, if you let yourself, you’ll feel he’s with you.” No matter how bad it gets, he’s there.”

The challenge, and a major stage of grief, is to move through the sheer intensity of the missing of the embodied being. But. “He’s with you.”

If we look with eyes of wonder, more…intensity for lack of a better word…is available for us to access. And so much more love than even human love. This living–and this facilitating–is not for the meek of heart. It’ll take every ounce of courage, and every cell of joy you can muster. It will break you. It will change you. It will make you better. It will open your eyes.

We are not alone, we humans. And the love of a horse may be as profound as any of the most sacred forms of human love there is.

We don’t ever arrive as objective beings (in spite of what science believes is possible–another illusion, that of objectivity in any sentient being or, for that matter, any thing), we’re always in process, and we don’t always know what we are in process about. And this is the stuff of life; not a failing but, in fact, what being an embodied being is. So much of what we know will be transformed, if we give it the chance.

Cultivating a practice of mental stillness, self-awareness and mindfulness is an invaluable discipline. It’s a discipline that we can both claim to work on all the time, and also find that there are layers and layers of practice that lead to new levels of embodiment and experience-shifting. Trusting when you want to change something, waiting, letting time and process put puzzle pieces together, letting go of others’ opinions about our level of humaneness as horse-keepers and conscious light-workers, knowing you never know better than another what a message is, or what is right for them. Knowing that even breadcrumbs can lead you to service if you allow. These are all important aspects of teaming with horses.

So often, what we are guided to breaks all the rules, even if those rules seem to be about enlightenment. Sometimes, it’s not about knowing.

4 thoughts on “Lessons Learned: What We Know”